The WHO promotes permissive policies on prostitution, drug use, abortion, gender theory, and sex for kids.

Last year President Trump halted US funding to the United Nations’ World Health Organization (WHO). On his first day in office President Biden reinstated US funding for the WHO. Here are five reasons this is a very bad news:
1. The WHO advocates for decriminalizing prostitution. The WHO publication “Sexual Health, Human Rights and the Law” says, “All countries should work toward decriminalization of sex work.” Additionally, at DecriminalizeSex.Work, the WHO is listed as a proud partner in the decriminalization cause. The WHO’s push to make the world into a giant Las Vegas strip downplays the myriad risks to “sex workers” including assault, traumatic brain injury, PTSD, and death as documented by the National Center on Sexual Exploitation. The WHO’s enthusiasm for prostitution also ignores the fact that there are no independent studies showing that decriminalizing the sex trade makes it safer.
2. The WHO advocates for decriminalizing drug use. An official WHO report in 2014 said, “Countries should work toward developing policies and laws that decriminalize injection and other use of drugs.” In 2015, the WHO published “HIV and Young Transgender People” which urges the governments of the world to “work toward the decriminalization of…drug use” in the name of helping young people fulfill their “needs and rights.” The WHO—an official United Nations entity—appears to be pushing the decriminalization of injection drugs despite the fact that there is no consensus among UN member states on whether injection drugs should be decriminalized. It is especially troubling that the WHO is recommending decriminalization of drugs for “young people” which is defined by them as “people 10–24 years of age.”
3. The WHO advocates for legalizing abortion worldwide. The WHO produces manuals, videos, and programs that promote abortion and seek to expand the legalized and “safe” killing of pre-born babies throughout the world. Dr Tedros Adhanom Ghebreyesus was likely chosen for his post as head of the World Health Organization in part because of his successful campaign to expand abortion as Minister of Health in Ethiopia and his deep commitment to abortion and other tenets of the sexual rights agenda. The WHO regularly partners with abortion giant International Planned Parenthood Federation and has a close relationship with Ipas, maker of the EasyGrip portable abortion device and other grisly abortion innovations. Ipas is pursuing a scheme to expand abortion in accordance with the WHO’s guidance on “self-care” which would enable “health intermediaries” (instead of doctors) to distribute abortion-inducing pills to pregnant women, without a prescription. These women’s babies would then be disgorged into toilets and garbage cans in their own homes.
4. The WHO promotes gender ideology for children. The WHO endorses UN guidelines stating that children should be instructed on gender incongruence starting at age five. The WHO says it is “important to recognize identities that do not fit into the binary male or female sex categories” and that gender conflicted individuals need access to hormonal treatment and invasive, irreversible surgeries “for the protection of their health.” The WHO seems content to ignore the staggering risks (see here and here) that can accompany hormone treatments and transgender surgeries including blood clots, breast cancer, coronary artery disease, cerebrovascular disease, gallstones, liver dysfunction, hypertension, uterine cancer, incomplete mineralization of bone, transition regret, suicidality, sterility, and diminished or demolished sexual function.
5. The WHO advocates for “sexual rights” for children. TheWHO is a supporter of the children’s sexual rights movement and of comprehensive sexuality education (CSE) which is founded on the premise that children have inborn sexual rights. The name and logo of the WHO appears on the front cover of UNESCO’s 2018 International Technical Guidance on Sexuality Education. This document is peppered with references to children’s sexual rights including these statements:

The WHO not only supports sexual rights for children but is a strong advocate for eliminating parental consent in regard to abortion, contraception, and other sexual services for young people.
With these five reasons in view, it is dumbfounding that the Biden administration made a top priority of ensnaring the US in this ethically corrupt organization once again. This is a significant setback to the children, women, and families of the world.
COLUMN BY

Kimberly Ells is the author of The Invincible Family: Why the Global Campaign to… More by Kimberly Ells.
RELATED ARTICLES:
Chinese actress dumped by Prada after she dumped her two surrogate babies
Victoria’s ‘conversion therapy’ bill is too broad and too harsh
Why is the West turning a blind eye to persecuted Christians in the global South?
EDITORS NOTE: This MercatorNet column is republished with permission. ©All rights reserved. 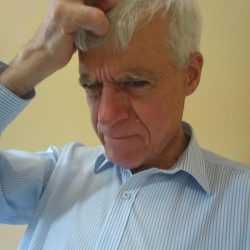 We oppose moral relativism, scientism, utilitarianism, and materialism -- in short, any ism which reduces persons to soulless machines.

These are our principles. We apply them with flair and a sense of humour. If you like the package, sign up for our newsletter.

Want to join the discussion?
Feel free to contribute!

We oppose moral relativism, scientism, utilitarianism, and materialism -- in short, any ism which reduces persons to soulless machines.

These are our principles. We apply them with flair and a sense of humour. If you like the package, sign up for our newsletter.