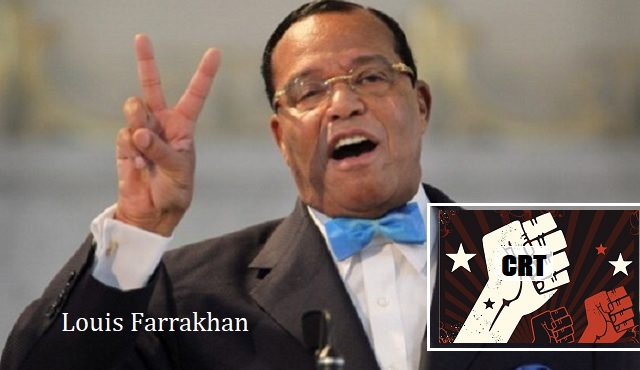 At the opening of his radio show on Sunday, conservative talk host Mark Levin blasted Critical Race Theory (CRT), which he said was a symptom of a bigger problem Democrats and other left-leaning entities using the American education system to promote a political philosophy, calling it “Louis Farrakhan dressed up as scholarship.”

“They want to rule over us,” he said. “That’s what the Democrat Party is all about. That’s an insurrection. That is an insurrection that undermines our constitutional system and our revolution. What else are they doing? Their teachers’ unions — don’t get me wrong here. The teachers union of the Democratic Party are tied at the hip. Their teachers’ unions are at war with our children. They are using our children as pawns. They are using them to threaten us if we don’t give them what they want; the teachers’ unions are pushing Critical Race Theory, a Marxist racist theory on our kids, brainwashing them day in and day out…

Founded by the late Derrick Bell, critical race theory is an academic discipline which maintains that society is divided along racial lines into (white) oppressors and (black) victims, similar to the way Marxism frames the oppressor/victim dichotomy along class lines. Critical race theory contends that America is permanently racist to its core, and that consequently the nation’s legal structures are, by definition, racist and invalid. As Emory University professor Dorothy Brown puts it, critical race theory “seeks to highlight the ways in which the law is not neutral and objective but designed to support white supremacy and the subordination of people of color.”