During the recent CPAC meeting held last weekend in Texas, South Dakota Governor Kristi Noem (R) was one of the conservative speakers (7/11/21). During her talk, she made a passing reference to “The 1776 Pledge to Save Our Schools.” Being unaware of the pledge, I decided to look it up. It was developed by a group called, “1776 Action,” an organization dedicated to “Stopping the Anti-American Indoctrination of our Children and Grandchildren.”
I am told, this is a by-product of the “1776 Commission” as established by President Trump to support “Patriotic Education.” The Commission was quickly dissolved following the inauguration of President Biden.
There are actually two pledges listed in the “1776 Action” web site; one for citizens and one for candidates, such as school board members.
CITIZEN PLEDGE
As a citizen, I believe that:

THEREFORE, I PLEDGE to help replace elected officials, school board members, education commissioners, principals, deans, and university presidents who promote a false, divisive, and radical view of America and our fellow citizens with new leaders who respect our history, our values, our rights, and the God-given dignity of every person.
CANDIDATE PLEDGE
THEREFORE, I PLEDGE to the voters of (enter District/location name) that I will take concrete steps to do the following in our K-12 public schools:

Frankly, I see nothing wrong with either pledge as this is how things worked years ago when I went to school. In essence, it is a throwback to another era.
As I interpret the pledges, this is obviously a reaction to today’s perception of academia which appears to be more interested in indoctrination as opposed to education. Case in point: a Virginia school district who recently came under fire for allegedly teaching Critical Race Theory (CRT) and promoting transgender policies. Other school boards are also coming under fire for similar policies. Not surprising, attendance at school board meetings by concerned parents are increasing dramatically across the country, thereby denoting the politics involved.
If all citizens and School Board members signed these simple pledges, it might very well quell the uproar at such meetings. Then again, if they do not, the intensity may increase. It is simply a matter of whether you agree with the pledges or not. As for me, I agree.
CLICK HERE to visit the 1776 Action site to take the pledge.
Keep the Faith!
P.S. – For a listing of my books, click HERE.
EDITORS NOTE: This Bryce is Right podcast is republished with permission. ©All rights reserved. All trademarks both marked and unmarked belong to their respective companies. 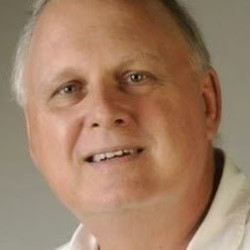 Tim Bryce
Tim Bryce is a writer and the Managing Director of M&JB Investment Company (M&JB) of Palm Harbor, Florida and has over 40 years of experience in the management consulting field. He can be reached at timb001@phmainstreet.com

Also read Tim’s columns in the THE HUFFINGTON POST

Tim Bryce
Tim Bryce is a writer and the Managing Director of M&JB Investment Company (M&JB) of Palm Harbor, Florida and has over 40 years of experience in the management consulting field. He can be reached at timb001@phmainstreet.com

Also read Tim’s columns in the THE HUFFINGTON POST

Latest posts by Tim Bryce (see all)
Scroll to top